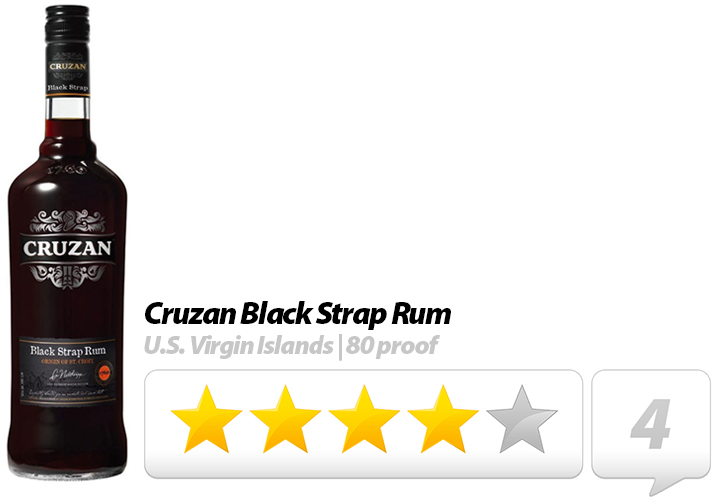 Named for the people of St. Croix (Crucians), the Cruzan Rum Company, located on the Island of St. Croix in the US Virgin Islands, is notable for producing rums using a unique five-column distillation method which yields a light-bodied rum aged in used American oak bourbon barrels. Cruzan Black Strap Rum is a ‘navy-style’ rum with an intense molasses flavour but is a lighter bodied rum than one would typically expect to find with a navy rum. The launch of Cruzan Black Strap Rum coincided with the mid-1990’s resurgence of Tiki culture in America, and was initially marketed as a finishing element, or float to Tiki-style cocktails.

It is interesting to note that the earlier bottlings of Cruzan Black Strap Rum used navy imagery and labeling on their bottles; the use of navy semaphore symbols on the bottom label (spelling out the word RUM) is a subtlety that ties in with black strap rum tradition, however, the newer bottles discarded this imagery and switched over for a more modern look featuring the Cruzan logo on the front and a recessed logo on both sides of the glass, perhaps, appealing to a more ‘trendy’ and premium-focused crowd. 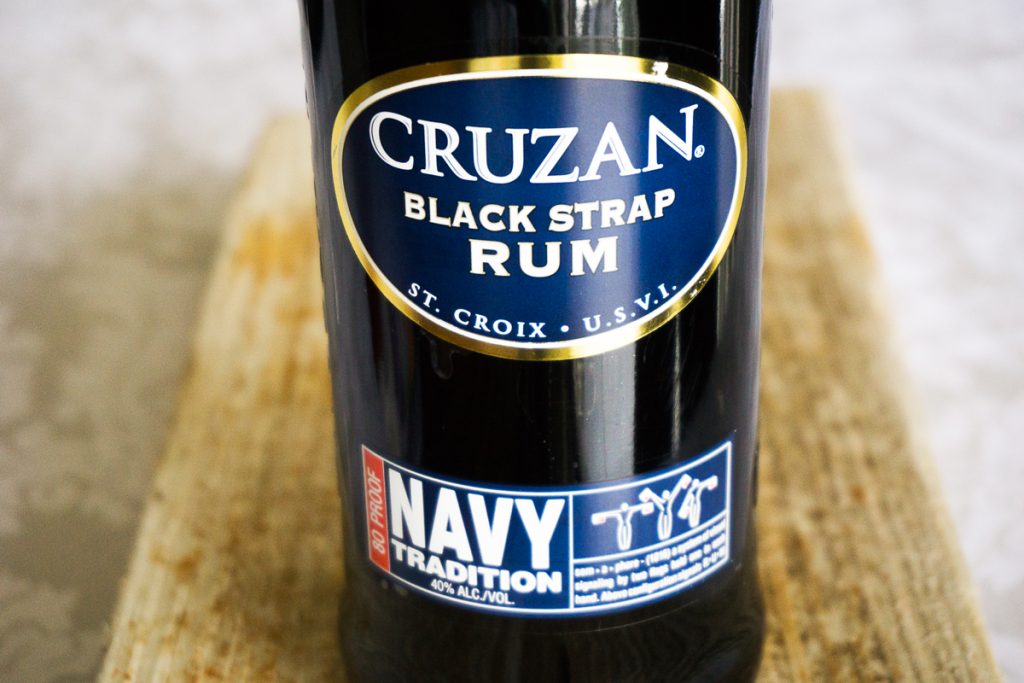 Cruzan Black Strap Rum is practically jet black in the glass and has a very clean and intensely sweet molasses smell. The molasses is very strong when tasting, and the sweetness lingers afterward, much like a good Canadian pancake syrup. The nutmeg, cinnamon, vanilla, and coffee comes out when sipped, and the wood comes forward with a lightly charred taste. The burn is very slight but long and lingering. The molasses is the strongest and richest we’ve ever tasted in a commercial rum product and is perfect for a number of food and drink applications.

NOTE: Cruzan Black Strap Rum operates more like a liqueur than a regular rum, so it should be used in trace quantities otherwise it runs the risk of overpowering a drink. The product is so potent, in fact, that it is even used as a simple syrup to add flavor to otherwise bland cocktails. This product pretty much belongs in its own unique category and should not be compared to other dark/black rums. Some have suggested that the product works better in equal part mixes (Cruzan Black Strap Rum, Smith & Cross, and Banks 7 Island, for example) and in a few drinks (like the Jungle Bird cocktail) that call for large amounts of it but balance against other strong flavors, such as Campari and passion fruit juice. In short, while Cruzan Black Strap Rum has certain uses, it does tend to be slightly too aggressive to work in most ‘regular’ rum-based applications.

As many may know, the original recipe for the Jungle Bird cocktail debuted at the Aviary Bar in the Kuala Lumpur Hilton, Malaysia but did not become immediately well-known. While the Jungle Bird is not Tiki per se, it does have an interesting appeal to it – it only has five ingredients and specifically calls for Campari, which (rather ironically) was the very spirit responsible for leveraging classic cocktails and the rise of bitter Italian spirits within the current craft cocktail revival scene. Since 2014, the drink has been appearing on craft cocktail and Tiki menus alike, mostly riffed, but still with the same basic architecture.

New York bartender Guiseppe Gonzalez found the perfect balance when he switched out Jeff “Beachbum” Berry’s ‘dark Jamaican rum’ component (which itself was a step up from the original, generic ‘dark rum’ which the recipe listed) for the sweeter, and more intense Cruzan Black Strap Rum. Pineapple juice was reduced from 4 oz down to 1.5 oz to create that perfect ‘bittersweet’ balance. 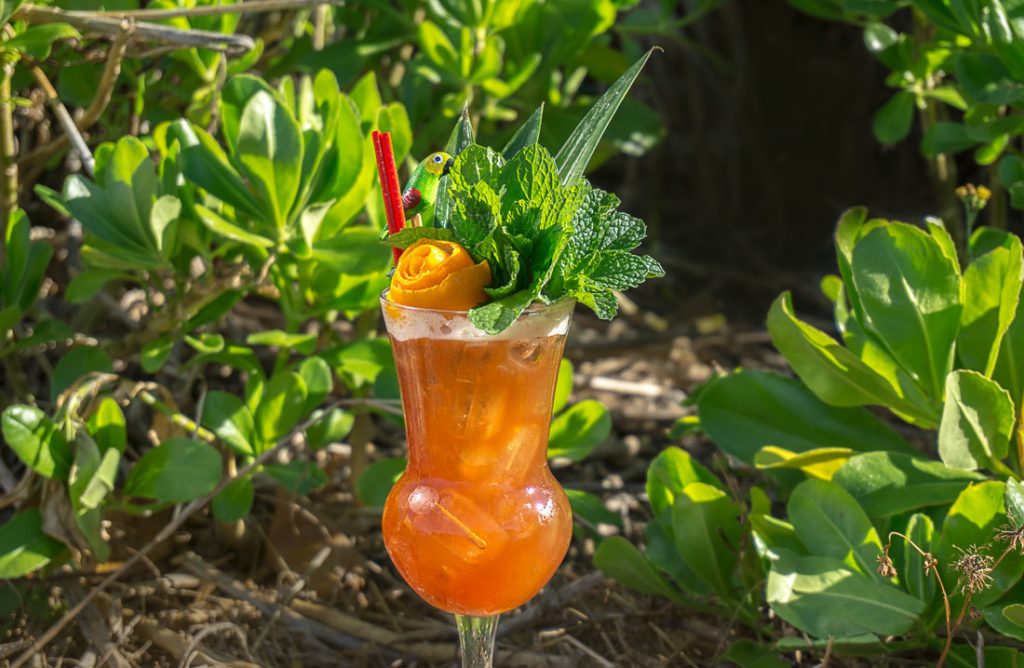 NOTE: The original recipe called for 4 oz of pineapple juice and a ‘dark rum,’ however, in more modern times, the Jungle Bird is increasingly being made with the addition of much heavier, molasses-based rums – that is, the perfect pancake syrup-like sweetness needed to offset all that bitter Campari. Ironically, Gonzalez’s riff on the famous cocktail was almost single-handedly responsible for bringing Cruzan Black Strap Rum back into the limelight, which had long since been in the doldrums. 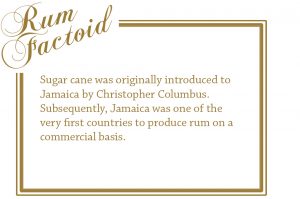 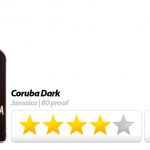 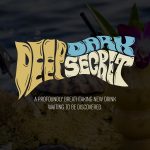